When I decided to take today off work (I have a lot of extra work hours built up from my business trip last week) I knew I wanted to go see a movie. So after I got home from Disneyland this afternoon I immediately drove to the theater (got there just in time for the previews to start), bought a ticket for “Ant-Man,” and really enjoyed it! However, my first movie choice was “Terminator Genisys,” but it’s not playing at anywhere nearby. It’s probably for the best. This latest installment in the Terminator franchise got terrible reviews, which is disappointing because I love Terminator movies. But I might have regretted paying the ridiculous ticket price to see “Terminator Genisys.” Luckily “Ant-Man” was great. It’s no secret that I have a deep seated love for Marvel movies, and this one only reaffirmed my feelings. And it set up “Captain America: Civil War” (which I’ve read is going to be more like Avengers 2.5) in the post credits scene so I loved that. I’ll just have to wait until next summer to see it! For now I’ll have to be satisfied with “Fantastic Four” which comes out this week. It’s a great summer for superhero movies! 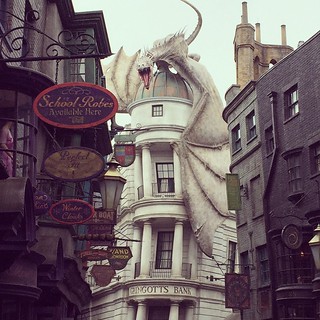 And now for something a little lighter! Do you remember the awful “Daredevil” movie that was released back in 2003? The one starring Ben Affleck? When I was in grad school my ex-husband (boyfriend at the time) and I went to see it on Valentine’s Day, the day it premiered. I honestly don’t remember much about the movie, but it definitely wasn’t good. Not the best way to spend Valentine’s Day, that’s for sure! But looking back, I realize that the movie might have been a little ahead of its time. Superhero movies are box office juggernauts these days, as evidence by the hugely popular string of Marvel blockbusters over the last few years. (DC Comics wishes they could compete!) I seem to remember that the first Tobey Maguire “Spider-Man” movie was very successful back in 2002 (followed by two slightly less popular sequels), but I think it was the exception at the time. It seems like it wasn’t until the first “Iron Man” movie was released in 2008 that the superhero craze really penetrated the theatrical mainstream. If the Daredevil movie had waited a few years it might have been more warmly received. (Well, maybe. I should watch the movie again and see if it holds up at all.) Marvel isn’t one to give up a franchise under any circumstances, though. So I shouldn’t have been surprised when I found out that Netflix is launching a new “Daredevil” series on April 10th! I’m really looking forward to it. Not that I need any new programs to watch, but good television (even web-based) is hard to find. As far as superhero shows go, I watch “Agents of SHIELD” and “Agent Carter,” and I’ve been watching the first couple of seasons of “Arrow” on Netflix. If “Daredevil” turns out to be a good show I’ll gladly find time for it in my already packed viewing schedule. All of this undermines my “less screen time” New Year’s resolution #2, but who cares?

“In a plot that sounds eerily similar to the Star Trek: The Next Generation series finale, Mulder is put on trial where he must defend the very existence of the X-Files. Granted, you don’t have Q running around mucking everything up, but still.” (Entertainment Weekly, 05/17/02)

My dad and I will be somewhere between Florida and California when the “X-Files” series finale is aired one week from tonight. Let’s hope that, wherever that is, a Fox network is available.
5/12/02 webpage post

Last week there was major buzz around a possible reboot/revisit of the “X-Files” franchise, and as a massive fan of the series I was extremely excited about this. Then last night I finally listened to the Nerdist podcast that was actually the impetus of the movement. It was amazing! As I mentioned in my previous post about my second New Year’s resolution, I’ve been listening to Nerdist podcasts in the evening while I’m getting ready for bed. I enjoy just about every episode, but this particular one was really special. Not only was Gillian Anderson an incredibly awesome guest (I didn’t know what to expect, but she was fantastic), but she and the hosts actually invented the #XFiles2015 hashtag that started it all! How cool would it be if that podcast turns out to be the catalyst for new X-Files content on television? I’m super excited just thinking about it. Not only was I watching the show when it was still on Fox every Sunday night (I remember watching the season finale in a hotel room in Utah back in 2002), but I enjoyed the “I Want to Believe” movie back in 2008 too (I just added it to my Netflix queue so I can watch it again). Pretty much anything in the X-Files universe is fine by me. And besides just crossing all of my fingers and toes to help this effort, I wrote a tweet with the #XFiles2015 hashtag tonight. New X-Files must happen! And if there’s anything else I can do to keep the ball rolling I hope someone will let me know!

Last night I decided to go for a run. Since I was still feeling fairly sick I didn’t know if it was a good idea or not, but I was unwilling to miss more than one training run with the half marathon right around the corner. (And I missed out on watching the “Doctor Who” series 8 premiere live, but I figured the run was worth it.) As I got started I told myself that I could stop and walk at any point if I didn’t feel right. The last thing I wanted to do was exacerbate my illness. I was a little worried when I got started because my throat felt tight, but otherwise I felt great! Better than I’d felt running in a long time. What a relief! It was one of those rare times when I felt like I could run forever. I finished 4 miles without stopping, which is unusual for me, and I didn’t really want to stop! If I feel anywhere near that good next Sunday (one week from now – eek!) then I’ll be in good shape.

Besides my last few training runs, I’ve got a few other Disneyland Half Marathon preparations in progress. This afternoon I started cleaning my apartment in anticipation of my parent’s arrival on Wednesday. My bathroom is now spotless. I’ll finish cleaning everything else over the next two evenings, along with washing a load of towels at the laundromat. Really exciting stuff, huh? But I didn’t spend my entire day doing chores. This morning I finally went to see “Guardians of the Galaxy,” and then I came home and watched the “Doctor Who” premiere. The movie was a lot of fun (but not as good as the last few Marvel movies I’ve seen), and I really enjoyed Doctor Who. It was a great introduction to Peter Capaldi as the 12th Doctor, and I can’t wait for the rest of the season. But now it’s time for me to start getting ready for bed. It’s going to be another crazy week at work, but at least my cold is improving. Only one more week until the half marathon! 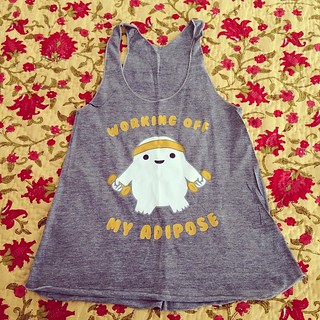