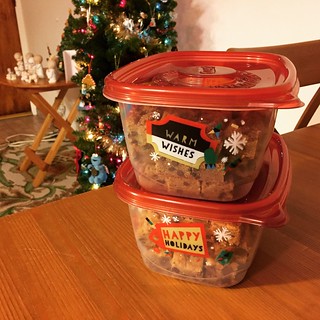 After yesterday’s impassioned post you may have expected me to have a supremely productive day to make up for recent laziness. Unfortunately you’d be wrong, but I didn’t stay in bed all day either. As usual, the truth is somewhere in between. I intended to spend a few hours at Disneyland this morning, but I slept in (again) instead. I don’t consider it wasted time, though, since the holiday break is meant for catching up on sleep. After running a few errands I had an appointment at the DMV to renew my driver’s license. I had to do it in person this time around so that was annoying. Luckily with the appointment I was done in about ten minutes. After I left I realized that I might not get my new license before it expires (on my birthday), which could complicate my upcoming trip to Orlando. Having an expired driver’s license when I’m trying to fly back home to Los Angeles could cause a bit of a headache with TSA. Fortunately the solution is simply to bring my passport. Problem solved!

When I got home from the DMV I tackled some New Year’s Eve preparations. Specifically, cookie baking! I promised to bring treats to a New Year’s Eve party and I didn’t want to leave making them until the last minute. So this afternoon I whipped up two different kinds of cookies – peanut butter blondies (because I still had a jar and a half of peanut butter left over from my Christmas cookies) and chocolate chip snickerdoodle bars (a holiday favorite). For the peanut butter blondies I started with this recipe from Averie Cooks and simply replaced the original mix-ins with a combination of semisweet chocolate and milk chocolate chips. (I had to sort through quite a few ancient bags of chocolate chips in my cabinet before finding some that weren’t expired! That’s a testament to my attempt to eat healthier over the last couple of years.) The jury is still out on these blondies so I’ll give you the verdict in another post. For the chocolate chip snickerdoodles, I got the idea from Pinterest, but I based them on my own amazing snickerdoodle bar recipe. I simply added some mini chocolate chips to the dough before I baked them. I’ll have to ask my friends what they think about them because I’m not immediately a fan. I can’t believe I’m going to say this, but I think the chocolate chips may have ruined the snickerdoodles! At this point I wish I hadn’t tampered with such a perfect recipe, but I’ll wait to pass final judgement until I get a few more opinions on New Year’s Eve. Only two more days left in 2016!