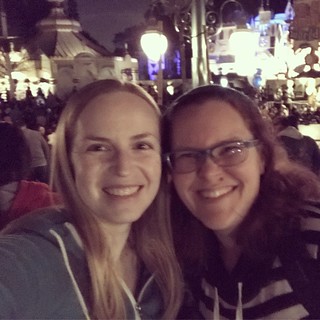 I survived my first night shift, but it was rough. I was completely exhausted when I got home earlier this morning. Now I’m getting ready to go to boot camp before my shift starts tonight. This week is just terrible!

Saturday was a perfect day. It started out a little rocky when my alarm went off at 5:30 AM so I could get ready for my 18-mile training run for the LA Marathon, but then I went back to sleep for an hour. Luckily the weather cooperated to make my run comfortable even though I didn’t get started until 7:30 AM. Running 18 miles this time around was more difficult than back in December, but I successfully completed the feat without any serious problems, and that’s what really matters. In fact, I felt better after 18 miles than I did after the Surf City half marathon the weekend before, which is extraordinary. Miraculously there was no knee pain, no foot pain, and no nausea (thanks to some nutrition tweaks), but I did realize that my running shoes are at the end of their life. They will always have a special place in my heart for helping me survive my first marathon, but out of necessity I will start breaking in a new pair (that just arrived today, actually) this week.

As much as I wanted to relax when I got home there just wasn’t time because I had plans in the afternoon with Natalie. We were supposed to have a birthday celebration at Disneyland back in January, but we had to postpone because we were both sick as the day approached. Luckily two weeks later we were both almost fully recovered and ready to take Disneyland by storm. In reality, the first thing I did was wait in a really long line at the ticket booth to renew my Premier annual pass. For some reason the Florida/California pass is the only one that can’t be renewed online, which is annoying. Since I’m going to Orlando in November and January it makes sense for me to get the dual-coast pass at least one more time. It was a little complicated, but eventually I walked away with a new annual pass that doesn’t expire until March 30, 2018. Fantastic! Much to our chagrin, Natalie and I discovered that Disneyland was insanely packed that day, maybe because a ticket price hike was going into effect the next day. We only managed to get on a couple of rides (Haunted Mansion and It’s A Small World), but that was OK. We had dinner, shopped, hung out, and basically had a great time. The real purpose of our visit was to see the Main Street Electrical Parade which has recently returned to Disneyland after a stint at Disney World starting in 2010. Shockingly I’d never seen the Electrical Parade before so it was an amazing experience. I was entranced. We also stuck around for the Disneyland Forever fireworks which I hadn’t seen since about 2014. After all of that I deemed Saturday a perfect day. We all need lovely days like that every once in a while.

Since I was trying to prepare myself for working nights this week I intended to stay at Disneyland until it closed at midnight, but I was way too tired to do that. I might have been able to power through it if the lines for the rides were shorter, but the crowds didn’t thin out very much even after the fireworks. Natalie and I left to drive home at 10:30 PM. My perfect day ended with me struggling to stay awake after I got back to Seal Beach, but I did manage to avoid going to bed until about 2 AM. Working nights this week is going to be awful, but at least I had a great weekend beforehand!