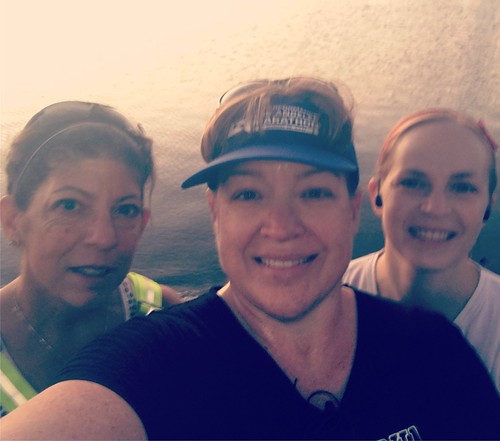 This past January I ran the Walt Disney World Marathon. It was my very first marathon and it was really rough (many thanks to my friend Missy for getting me through it), but I was thrilled when I crossed that finish line. Shortly afterwards I was emboldened by my success and possessed by the notion that I could tackle an even bigger challenge in the future. And I’m not talking about the four marathons in a year that I did in 2017. No, I had something even crazier in mind. So it wasn’t long after the WDW marathon that I registered for the Dopey Challenge in January 2018. This challenge consists of running the Disney World 5K, 10K, half marathon, and full marathon on four consecutive days. Sounds ludicrous, right? Well, it’s absolutely insane, and ten months later I’m not quite sure why I signed up in the first place. But now that January is fast approaching I’m committed to conquering these races. It’s not going to be easy, but I’ll give it everything I have.

This weekend I picked up with the Galloway training plan for the Dopey Challenge. I’m actually one week behind because I didn’t want to run too much the weekend after the Long Beach Marathon, and now I’m making up some of the mileage. This training plan is different from the one for just a marathon because it calls for many weekends of Saturday and Sunday running to build up endurance and prepare you for long distances multiple days in a row. So I ran 7 miles around my neighborhood yesterday morning, and then 17 miles this morning with a couple of my running buddies who were kind enough to get up long before the crack of dawn to accompany me. Due to the unseasonably warm weather this late in the year (it’s going to be over 100 deg at the beach for the next two days) we started our journey at 5 AM to avoid the worst of it. And luckily we succeeded. The above photo was taken mid-run when we stopped to admire the sunrise at 7 AM. It was lovely. I’m very happy to be back on track with my training for the Dopey Challenge. I know it will be incredibly demanding, but that means I’ll be even more proud when I succeed.

P.S. I’m not posting my meals again today because not only did I have two packages of Sports Beans and two 10-oz bottles of Pedialyte while running, I ate whatever sounded good after I got home. I’m almost positive that my carb-fest yesterday is the reason I didn’t feel like I was dying during my long run this morning. Despite eating sweet potatoes and plenty of fruit, I’m afraid the restrictions of Whole30 are just not providing my body enough fuel for my athletic pursuits. However, I am going to do my best to finish this 30-day diet as faithfully as I can. I’ll let you know how it goes!