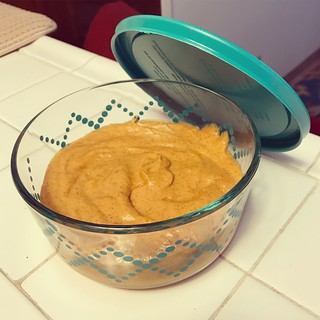 It’s Black Friday, but I didn’t do much to contribute to the growth of the economy today. After realizing that I’ve already spent a lot of money this month I decided to avoid taxing my credit card on the biggest shopping day of the year. Now that the day is almost over I can say that I was fairly successful. Besides the breakfast I bought at McDonald’s this morning, the only other item I purchased was a plastic lid for one of my Corningware casserole dishes. Exciting, huh? With all the cooking I’ve been doing this fall I’ve discovered that I don’t own enough containers to refrigerate and freeze all of the leftovers for future consumption. It didn’t help that until recently I didn’t have any plastic lids for my Corningware casserole dishes at all, and the glass lids weren’t satisfactory for freezing food. It’s actually been quite an ordeal trying to find a plastic lid for my larger Corningware dish and I had to return two I ordered from Amazon on separate occasions because they weren’t the right size, in spite of their online descriptions. Very frustrating. So today I broke down and ordered a lid directly from the Corningware website. Let’s hope the third time’s the charm!

Regarding Pyrex, which I referenced in the title of this post, I have another story to tell. Late on Tuesday night I reluctantly headed to Target to do some last-minute shopping for Thanksgiving necessities. I hated going anywhere near a store that close to Turkey Day, but it was sadly unavoidable. I had prepared two batches of my homemade cranberry sauce that afternoon in preparation for the Thursday feast, but afterwards I realized that all of my Pyrex smelled like chili! Apparently my leftovers have infused the containers with a distinctive smell that was decidedly incompatible with the cranberry sauce. So as I was picking up a few things at Target I added four new Pyrex dishes in my basket – two for cranberry sauce and two for pumpkin dip (as shown above). A couple of them were even Christmas-themed! Very festive. This is in addition to the two Halloween-themed containers I bought in October while I was cooking up a storm for Whole30. All told I have acquired six new Pyrex containers in the last two months and I had limited kitchen cabinet space to begin with. As one of my co-workers pointed out, I should have bought stock in Pyrex beforehand! I guess I’ll have to keep cooking massive amounts of food throughout the holiday season to justify my purchases!