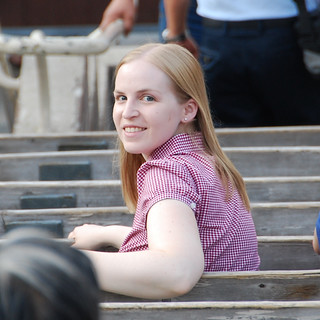 Another troubling topic that has been in the news lately is abuse. Specifically, the allegations that were recently made against Chris Hardwick. (Briefly I want to say that I’ve been a big fan of the Nerdist/ID10T podcast, plus a lot of his other work, so the stories I read made me immensely sad. But objectively I still stand with the accuser because charismatic people can be abusers too.) The #metoo movement that spread like wildfire last fall brought light to widespread sexual harassment and assault that is usually hushed up before it becomes public. It was eye-opening for a lot of people, but for most women this was information that we already knew. Just about every female has experienced harassment or abuse of some kind in her lifetime. It was a relief to finally talk openly about such a taboo topic and bring heightened awareness where usually we are told to keep quiet. I’ve written about this before, but reading the allegations against Chris Hardwick last week brought back bad memories of my marriage.

“I believed that, to borrow an analogy from a friend, if I kept digging I would find water. And sometimes I did. Just enough to sustain me. And when you’re dying of thirst, that water is the best water you’ll ever drink. When you’re alienated from your friends, there’s no one to tell you that there’s a drinking fountain 20 feet away. And when your self-worth reaches such depths after years of being treated like you’re worthless, you might find you think you deserve that sort of treatment, and no one else will love you.”
Rose-Colored Glasses: A Confession by Chloe Dykstra

When I read this excerpt from the article about Chris Hardwick it sounded so familiar that I went back and reviewed my post about emotional abuse from a few years ago. Isn’t this almost the same thing I wrote nearly four years ago?

“Even if you can dismiss 99% of his subtle insults, that last 1% slowly builds up, day after day, until you’re completely crushed under the weight of the chides, tsks, and sighs. Until one day you wake up and discover that you believe him. You’re not worthy of his love. You’re not worthy of having a partner who doesn’t expect you to walk one step behind him.”
9/23/14 webpage post

Emotional abuse is real, and it is often invisible outside of the relationship. You never know what someone might be going through, and the scars last long after the abuse is over. I have more to say on this subject, but this post is already getting really long. I will follow-up later this week.