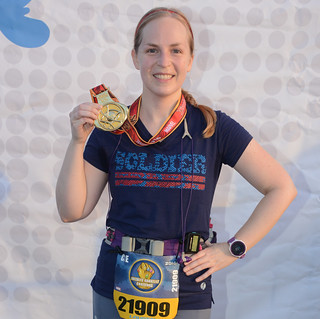 Remember that Christian woman I mentioned a couple of posts ago who banned me from her Instagram? Well, here’s the story of how I was blocked from commenting on her Facebook page. On June 19th her blog post included an image of an excerpt from the 1st book of Timothy. Here it is in its entirety:

“8 I desire then that in every place the men should pray, lifting holy hands without anger or quarreling; 9 likewise also that women should adorn themselves in respectable apparel, with modesty and self-control, not with braided hair and gold or pearls or costly attire, 10 but with what is proper for women who profess godliness—with good works. 11 Let a woman learn quietly with all submissiveness. 12 I do not permit a woman to teach or to exercise authority over a man; rather, she is to remain quiet.”
1 Timothy 2:8-12

The only portion that wasn’t highlighted in the blog post was the part about women not braiding their hair, or wearing gold and pearls or costly attire. This woman claims to adhere to a strict interpretation of the Bible, and scolds her readers when she thinks they are picking and choosing which verses to honor. So when she used this passage from 1st Timothy I commented on her associated Facebook post asking how she feels about braided hair, gold, and pearls in this day and age. I tried to ask the question as respectfully as possible because I wanted to get a sincere response without starting an argument. How do you think this situation played out? Not only did I not get a response, but my comment was very quickly deleted and I was banned from posting anything further. Why bother trying to answer simple queries when you can just avoid them altogether?

Now, I’d like to make it clear that I am not religious so I am not as familiar with the Bible as many others are. My general belief is that the Bible is an ancient book written exclusively by men back in the time when women were little more than property. While it undeniably contains a great deal of wisdom, not all of it is applicable to modern Christian life. Some of it even seems downright crazy. Simply considering this example from 1st Timothy, I most certainly disagree that women can’t teach men. Gender equality was not even a remote consideration thousands of years ago, but now women are employed in almost as many jobs as men. When numerous churches have female pastors and other leaders without feeling like they are going against the will of God, how can we possibly take the Bible as a whole in its strictest interpretation? All of this is just my opinion, of course. I don’t have a problem with anyone’s religious beliefs unless they advocate oppression, hate, or violence. As long as you don’t try to force me to conform to your moral code, or tell me I’m a horrible person because of how I live my life (more on that in another post), we’ll get along just fine.