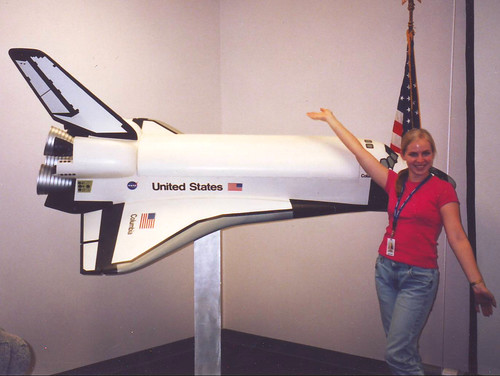 “Imagine being born and finding out that because of your gender you’re expected to do one thing. Boys can be anything, but you, you’re only expected to stay home and cook and clean and make babies. I refuse to believe that that is my only purpose in life and my reason for existing.”
-7/3/18 Facebook comment

I was fairly young when I decided that I wanted to be an engineer. Math and science were always my favorite subjects and my parents, as well as all of my teachers, encouraged me to pursue my dreams. For me, college was a given. I never had any doubt that I would head straight to a university after graduating high school. However, I knew that my family wasn’t rich so my higher education options weren’t unlimited. I think I only applied to two schools, and one of them (Georgia Tech) fell off the list quickly because I didn’t get any substantial financial aid. Fortunately I grew up in Florida and our state has an amazing scholarship program called Bright Futures. When I finished high school over twenty years ago all you had to do to get money for college from the state was graduate from a Florida public high school, earn above a certain grade point average, and receive over a certain score on the SAT or ACT. So I had 100% of my tuition covered, plus a stipend for books every semester. (Granted, it was never enough to cover all of the insanely expensive textbooks I had to buy, but it certainly helped.) This means that I went to the University of Florida basically for free. Since I wasn’t living at home (Gainesville is about two hours away from Tallahassee) I did have room and board expenses, but I was extremely fortunate to have a college fund that my grandparents had sent up for me when I was young. They provided invaluable help to all four of their grandchildren in this manner. I got my Bachelor of Science degree with minimal cost to my parents, and without incurring any debt whatsoever. For this reason I know I am one of the lucky ones.

My least favorite blogger insists that men prefer debt-free virgins without tattoos. I already addressed the purity aspect in my 7/27 post, and now I’m going to tackle the debt portion of this hypothesis. After college I had no debt, but then I headed to graduate school at UCLA for two reasons. 1) I always planned to earn a Master’s Degree, and 2) the job market wasn’t great in 2002. I already had my foot in the door at Boeing due to my three internships, but the managers I knew there weren’t hiring when I graduated. So in the fall of 2002 I started my out-of-state, meaning not cheap, graduate school experience. Fortunately I was offered a position as a research assistant, and sometimes teaching assistant, which covered my tuition (four times more expensive than at UF) and earned me a paycheck every month. The drawback is that it was a very meager salary that didn’t cover the rent on my studio apartment close to campus. I lived for two years on the money I earned working at Boeing in 2000, 2001, and 2002. Usually an internship is an unpaid position, but Boeing is extremely generous to their temporary employees. I had saved a significant amount before starting graduate school, but I still needed additional financial aid to afford my continued education. So for the first time I got student loans. I still count myself as one of the lucky ones because in two years I only racked up about $17k worth of debt. In contrast, my ex-husband had attended MIT for undergrad and his student loans were much more substantial than mine. However, since our education had assisted both of us in finding fulfilling and lucrative jobs, neither of us considered the other’s student loan debt to be a point of contention when thinking about our future. Not that you’ll ever get rich as an engineer, but it comfortably pays the bills. I’ll reiterate the neither of us was religious so we weren’t viewing each other through the lens of Biblical suitability for marriage.

I have a lot more to say on this subject, but this post is already pretty long. Come back later this week so I can use my personal life experiences to refute some of the claims made by this “Christian” blogger about women and college. Educated women need to push back on the antiquated, male-dominated conventions that would prefer to limit our options. To be continued!