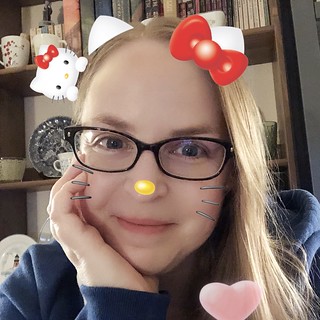 As January came to an end I wasn’t feeling very well. After a week of more physical activity than usual my energy level was incredibly low, and I spent a lot of time on the couch. During this prolonged rest period I realized that I was nearly always scrolling through content on one social media platform or another. Now, I’m not young or hip enough to hang with the cool kids on Snapchat or TikTok, but I am a heavy user of Facebook and Instagram. I generally prefer to post photos more than anything else, which makes Instragram my favorite app, but I use Facebook to keep in touch with friends. Not only old friends that I made long before social media existed, but also friends I met through social media. And I have been known to argue with misogynistic jerks on Twitter from time to time. (Now that I think of it, I’ve been argumentative on every platform. I’ve even been blocked by a few accounts for pestering them with crazy stuff like acceptance and equality. Some nerve, huh?) Basically, given an internet connection, I can waste time like a pro. The real problem is that I have absolutely nothing to show for all those hours on my laptop and phone.

Reflecting on my downtime over the last two weeks I realized that I should have been participating in an activity that was actually fulfilling – like blogging (hello lovely readers!), reading, making videos, uploading photos (I’m so far behind on Flickr), or even picking up cross-stitch again. You know, basically anything except staring at a screen like a brainless zombie. To see what I could do to turn the tide, on January 31st I decided to take a social media break during the month of February. I logged off Facebook, Instagram, and Twitter that evening hopeful that this would allow me to refocus on endeavors that are productive in one form or another. (Plus, the cumulative effect of social media on my psyche has always been unfavorable, so getting away from it for a while should be beneficial.) I read a few books towards the end of 2019 about forming positive habits and finding time for creative endeavors, and now it’s time to put some of those ideas into effect. First up, my blog. I always lament the state of it when I don’t post as often as I’d like, so I’m going to use a large portion of my reclaimed free time for writing. I get a good deal of satisfaction out of this creative expression, even if no one else reads it. I’ll never be a career blogger or anything like that, but I’d like to write something meaningful from time to time. That’s going to take practice. We’ll see what I can about that do over the next four weeks.