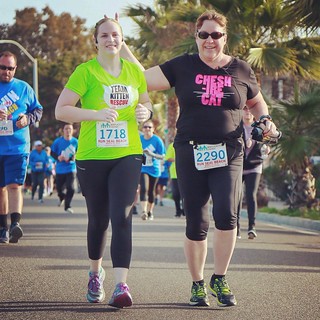 Remember the other day when I wrote that life is too short for nonessentials? Well, recently something has fallen off my priority list that I usually look forward every year – Boeing on the Move. In the past I’ve used this fitness challenge to increase my daily activity, get more chores done around the house, and compete with my co-workers for the highest number of steps. It has always energized me, but this year I decided it wasn’t worth the effort for a number of reasons. First of all, the online interface now has a completely new platform which is not user friendly. In fact, it was so complicated that I could barely figure out how to register for 2018 challenge. Then I discovered that we weren’t going to be mailed our annual free pedometer to track our steps. Not that I’ve ever been a huge fan of those cheap little plastic things, but they were strictly mechanical and I was allowed to wear one in the classified area where I work. The thing that annoys me the most about Boeing on the Move this year is that there is an assumption that all of the participants can use their smart phone, smart watch, or Fitbit to track their daily activity. Unfortunately I can’t because all of those items are forbidden in classified areas. It’s practically a miracle that my 2017 pedometer is still in my possession (I tend to lose them) and still functional, but with all of the other new restrictions on the challenge I am just not motivated to go through the annoyance of wearing it again this year. Anything that requires extra effort just feels like too much trouble right now. Life is stressful enough without worrying about something silly like Boeing on the Move. Granted, earning points towards gift cards is really tempting, but I am putting my mental health above monetary rewards this time around. (Instead I’ve been finding several ways to save money every month. Explanatory post to follow!) Maybe next year I’ll feel differently. Plus, I’ve already gotten back into some semblance of a regular exercise routine with boot camp classes and occasional running (needs to be more than just occasional running, but that’s another story) without an official fitness challenge. This means I’m already halfway to reaping all of the benefits of Boeing on the Move. Now if I can increase my activity while I’m at work and once I get home in the evenings I will be fulfilling basically all of my personal goals for Boeing on the Move. And my chores will all get done in a timely manner too. A priceless reward! I’ll let you know how it goes!