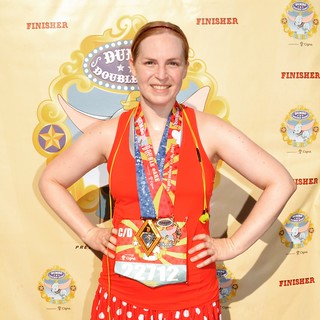 “My first half marathon, and definitely not my last. It won’t be long until I have another half marathon medal to hang next to the one I earned at the Disneyland Half Marathon!”
09/14/14 webpage post

The 2014 Disneyland Half Marathon was the first time I ran 13.1 miles. It wasn’t pretty, but I enjoyed it so much that I’ve run eight other half marathons since then. (I actually had trouble tallying them up in my head just now. I can’t believe it’s so many!) So when registration for the 2015 Disneyland Half Marathon rolled around I knew I wanted to take it up a notch. So of course I signed up for the Dumbo Double Dare – the 10K on Saturday followed by the half marathon on Sunday. I love the Run Disney challenges!

The Friday before the races I took the day off from work to pick up my stuff at the expo. I also got to spend some time at Disneyland before checking into my hotel and stuffing my face with spaghetti at Downtown Disney that night. On Saturday morning I woke up at 4 AM and got ready for the 10K. It was really hot that weekend so I knew that my race times weren’t going to be the best. Starting out with low expectations was liberating. Especially since it turned out that I hadn’t fully recovered from a cold I caught while in vacation in Alaska yet. My lungs just weren’t cooperating. So instead of worrying about my finish time I enjoyed the 10K instead. I even stopped to pose for a couple of pictures. I wanted to make sure there were at least a few good ones since my professional photos from last year were so horrible. After crossing the finish line and collecting my medal I walked back to my hotel for a shower. I was in a bit of a hurry because I had a brunch reservation at Disneyland later than morning. I had a huge breakfast of delicious apple-granola pancakes at Carnation Café to celebrate completing 6.2 miles. Carb loading at its best! It was too hot to spend the as much time at the parks as I would have liked so I walked back to my hotel after brunch and spent the rest of the day relaxing. And I discovered that room service spaghetti and meatballs isn’t half bad! It wasn’t the best meal in the world, but it was perfect fuel for my half marathon the next morning.

On Sunday morning I woke up at 4 AM again, this time to prepare for my second running of the Disneyland Half Marathon. I enjoyed the race a lot more this year, not only because I knew what to expect this time around, but also because I wasn’t worrying about my time. It was hot and I wasn’t healthy, so there was no use trying to break any records that day. I stopped for some more pictures on the course, which I shared back in September because they turned out so well. Due to the heat I wore some really ugly shorts for the half marathon, but I covered them with a skirt I bought at the expo on Friday. The bonus was that it also hid the fact that my pockets were bulging with energy gels to get me through the 13.1 miles. In the end it was nearly my slowest half marathon (about 3 hours), but I didn’t care. I was ecstatic to pick up my half marathon and Dumbo Double Dare medals after the race was over. I walked back to my hotel to take a shower. I was meeting friends for dinner at Disneyland later that night, but I decided to go home and rest for a while first. Not only are the parks packed during the Labor Day weekend, but it was just too hot to stay there all day. We had a reservation at Big Thunder Ranch BBQ that evening. It’s a family style restaurant that’s actually closing permanently in January due to major construction that’s starting after the holidays. I was glad I got to eat there at least once before it’s gone for good. The food was tasty, the company was pleasant, and I got to hang out with a couple of adorable kids for a few hours. Lots of fun. Actually, the whole weekend was a lot of fun. Not my speediest races, but I enjoyed them, and that’s all that really matters. 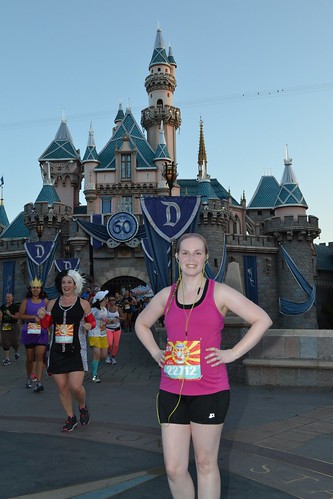 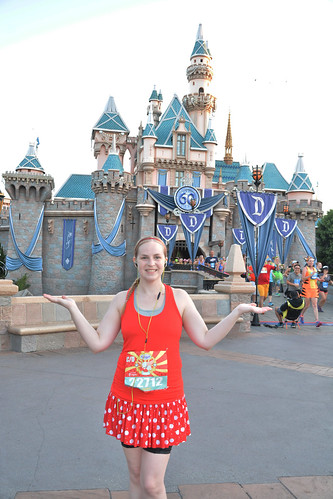 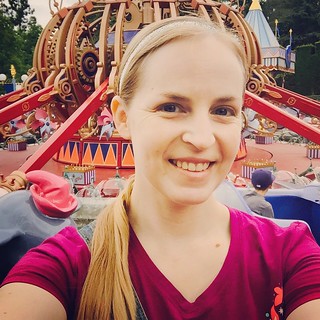 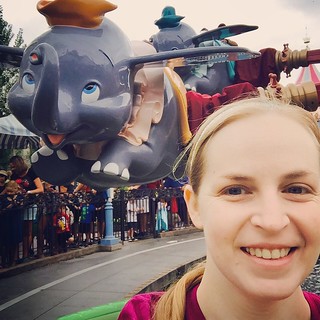