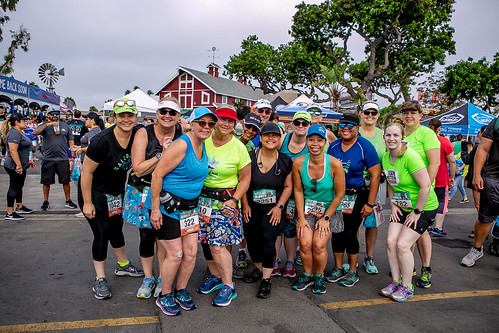 A while back an article was brought to my attention about Mollie Tibbetts, a 20-year-old University of Iowa student who was murdered while out jogging over the summer. This wasn’t a straightforward, fact-based news story detailing the tragic death of a promising young woman, but an opinion piece by a judgemental “Christian” woman calling herself The Thinking Housewife who suggested that Mollie was at least partially responsible for her own death. Yep, she pointed an accusatory finger at the girl who was abducted, killed, and dumped in a corn field. Please tell me I’m not the only one who thinks this is ludicrous. The author of this blog post speculated that Mollie was a target for a man to murder simply due to her clothing choices and their effect on her attacker’s impressionable male brain. Here it is in her own words.

“Feminism is also to blame for her death. A society that says female modesty and restraint are oppressive does not protect young women from potential predators. No amount of feminist social engineering can change the facts of nature. A woman who jogs in skimpy clothes on country roads — or even in the city — is a serious temptation to a small criminal element. Jogging in revealing clothes – or even just jogging alone – is dangerous. Safety depends on modesty and restraint.”
The Reckless Female Jogger

This is blatant victim blaming. Heaven forbid some “ladies man” has to control not only his lustful thoughts, but his violent sexual tendencies in the presence of an attractive woman. From the news reports I’ve read, Mollie’s alleged murder got angry when she rejected his advances, and his response was to attack and kill her. First of all, females running outside (or inside, even) are not doing so for the benefit of onlookers! Believe it or not, we exercise for our own health and well-being and not as a pretense to beguile the opposite sex. Additionally, society has convinced men that they are entitled to the attention of any woman they want just for having a penis. We ladies are supposed to be flattered, bat our eyelashes, and thank our lucky stars when a member of the male species deems us worthy of their consideration. These are lessons that we all need to unlearn.

As you can see in the above photo, the members of my running group don’t wear anything remotely provocative. Some of the ladies are in great shape, but the rest of us aren’t quite so fit (including myself!). Still, even though I don’t look like a fitness model, I wear tight shorts or pants when I run (because if I didn’t I would have serious problems with chafing), and I wear fairly close-fitting shirts too (because otherwise the fabric would move against my skin and cause rashes in terrible places). No, I don’t run in short-shorts or an exposed sports bra, but my outfit still wouldn’t be considered “modest” enough for The Thinking Housewife. According to her, if some man approached me with ill intent it would be at least partially my fault for enticing him with my provocative clothing choices. How dare I wear an outfit that’s appropriate for my current activity! I have been on the receiving end of unwanted attention while running, and I’ve responded in the most rational way possible – I flipped the bird at those jerks. But I’ve been one of the lucky ones who hasn’t been physically assaulted – not because of my outfit, but because I was extremely fortunate. What a woman is wearing rarely has any impact on a man’s bad behavior, and implying otherwise does a disservice to both sexes.