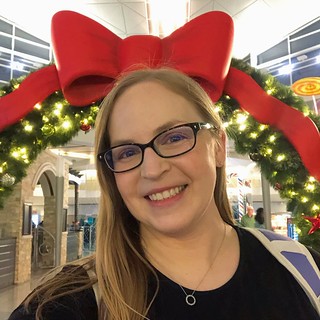 “I know that in the grand scheme of things my medical problems are not nearly as devastating as other have to deal with, and for that I am grateful. That doesn’t mean I’m not worried about the future, though. What if this is a symptom of a more serious affliction? This is another bridge to cross later, if needed.”
08/04/18 webpage post

Written in August 2019
Last August I was a lot more optimistic about my medical problems than I am now. Honestly, I’m glad I didn’t know back then that I’d be having just as much, if not more, difficulties a year later. So far I’ve been out of work for almost three weeks and trying to make the most of this time. The upside is that my stress level is significantly lower than when I was working, but I am still just as tired as I was before. That makes getting anything done quite difficult, especially when I’m trying to make progress on my long list of “must do” activities during this leave of absence. I really hate that my body isn’t allowing be to be more productive with this free time. My best friend recommended finding three things that I can accomplish each day to keep my spirits up. Apparently this is something that folks who are suffering from chronic illnesses are counseled to do so that the days don’t bleed into one another with nothing getting done. So I’ve been maintaining my daily to-do lists and trying to cross off at least three items each day, no mater how small. It certainly makes me feel like less of a useless sack of skin.

January 2020 addition
My leave of absence from work turned out to be five months long. During that time I had good days where I was able to function more or less like a normal human being, but those were greatly outnumbered by the bad days where I was lucky to change out of my pajamas. Sometimes being upright for any period of time is just too much for my body. And forget leaving the house! Fortunately I did make some progress on my diagnosis during that timeframe. After exhausting the usefulness of my original neurologist, I found a good rheumatologist back in November. The first round of blood work that he ordered returned a positive result on the Antinuclear Antibody (ANA) Test, which means that something is amiss. This prompted a second round of blood work right after Thanksgiving. (Slight digression, but I had a miserable experience that time around. Two different phlebotomists had to stick me five times, and tap both arms in order to get enough blood or the order. The insides of my elbows looked like they had gotten repeatedly punched.) When I went back to the doctor in mid-December to review the new numbers there was more data, but no clear conclusion. As well as the ANA, I have a positive rheumatoid factor, which is another indication of an autoimmune disease. The kicker is that none of this is enough to assign a specific name to my health problems. It’s pretty obvious that I don’t have rheumatoid arthritis (RA), at least not at this point in my life, and I also don’t have full-blown lupus. A truly positive discovery on both counts, but it leaves me in a sort of limbo. The rheumatologist used the phrase undifferentiated connective tissue disease (UCTD) – in my case, an affliction with markers for both lupus and rheumatoid arthritis, but falling somewhere in between the two. It’s frustrating to still have so many unanswered questions, but it’s also a relief to feel like my medical team is making progress. As a first measure, I started taking a lupus medication that may or may not alleviate my symptoms. I won’t know for sure for about six months, though. Still, it’s something.

The bottom line is that I am battling at least two different chronic conditions simultaneously (PLMD and UCTD), and I probably will be for the rest of my life. Nothing is ever going to be the same again. I know that pretty grim, but I don’t see it that way. It just means that I have to adjust my expectations going forward. When my energy is low I have to budget it for important things like work and exercise. Little things are going to fall by the wayside, and I have to be ok with that. I’ll survive, and I might even start having fun again.