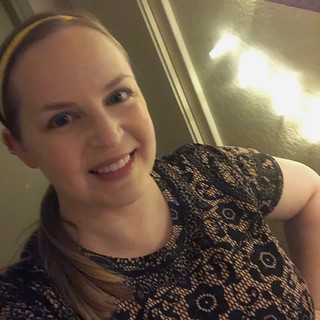 On Thursday I turned 41, but it wasn’t exactly an exciting day. I went back to work on January 2nd after more than five months on medical leave. It was a Thursday, and the office was incredibly quiet since most folks made the smart decision to stay home on the first two workdays of 2020. I’m only working part-time for a while in order to ease myself back into employment, so I spent roughly 4 hours on both Thursday and Friday sorting through thousands of unread emails that had accumulated in my inbox while I was gone. It was pretty draining, but I’m glad to be back in the office and using my brain for something other than arguing with jerks on the internet. (That’s a story for another time!) Unfortunately over the weekend I caught a terrible cold. I felt so terrible that I had to take the first three days of the next week off to recover. Not exactly the way I expected my return to work was going to go! I also missed my boot camp classes those three days due to the illness. Thursday January 9th was my birthday and I was finally able to drag myself not only to work, but also to the gym. (I originally planned to celebrate at Disneyland, but I missed way too much work to be out yet another day that week.) Traditionally all of the gym goers have to do as many burpees as the age of the birthday boy or girl, but I was absolutely not going to force the folks who came for a regular workout to do 41 burpees on top of the cardio class they had already completed. Fortunately the trainer was merciful and we only did 21 burpees instead. Still tough at the end of class, but we all did it. When the ladies at the gym found out that I’m 41 they were shocked. I’ve always looked young for my age, but bow that I’m no longer as slim as I used to be I figured that effect had diminished. It was flattering when the ladies asked me what I do to stay youthful. Besides my obsession with sunscreen and an embarrassingly extensive skincare routine, I have no idea. Moisturizers and serums can’t be the full explanation. Obviously there is an element of luck (i.e., good genes) at play. Still, it’s nice to know that I don’t look my age just yet.

This reminds me of a funny story. Back in March I went to see a hematologist because I’m a carrier of a blood disorder called beta thalassemia, and I wanted to make sure this wasn’t contributing to my fatigue. For reference, the Mayo Clinic website states, “Thalassemia is caused by mutations in the DNA of cells that make hemoglobin — the substance in red blood cells that carries oxygen throughout your body.” Additionally, “In thalassemia, the production of either the alpha or beta chains are reduced, resulting in either alpha-thalassemia or beta-thalassemia.” Boring, I know, but better than any explanation I could formulate on my own. Fortunately for me I only have the trait, or minor, version of this disorder so it doesn’t affect my daily life. When the hematologist walked into the examination room for my appointment she was visibly surprised. She said something to the tune of, “You don’t look anything like what I imagined! I was expecting dark hair and olive skin!” This made me laugh because my appearance is decidedly northern European in nature. To let you in on the joke, according to the Mayo Clinic, “Thalassemia occurs most often in African Americans and in people of Mediterranean and Southeast Asian descent.” So this is obviously something that a blonde-haired, blue-eyed Irish girl needs to worry about, right? It was funny to surprise a doctor for a change! I inherited beta thalassemia came from my mother’s side of the family, but besides that we have absolutely no idea where the it came from. Even her 23andMe results don’t shed much light on the origin. We were fully expecting Italian, Greek, or Spanish ancestry somewhere in her report, but that’s not what showed up. It’s a mystery! Fortunately the hematologist assured me that because I’m only a carrier that this blood disorder isn’t causing my fatigue. That was one diagnostic avenue that lead to a dead end, but not an unexpected one. It allowed me to focus on other options instead. I’ll get to the bottom of this eventually.