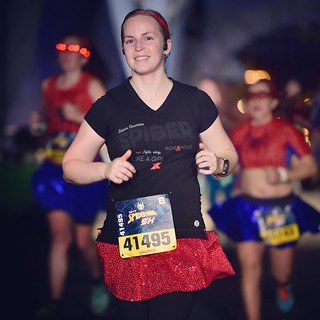 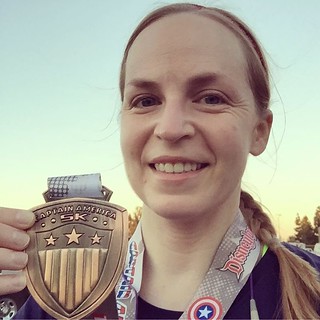 Back on April 5th I registration opened for the Disneyland Avengers Half Marathon Weekend. I initially signed up for the Infinity Gauntlet Challenge which includes both the 10K and half marathon races. I generally skip the 5K races because they are held on Friday mornings, and that makes them somewhat inconvenient for those of us who work for a living. However, when Run Disney released a preview of the race medals I deeply regretted not signing up for all three of the weekend events. The 5K medals used to be made of rubbery plastic (lightweight, but not exactly fancy), but earlier this year Run Disney decided to switch things up and offer metal 5K medals instead. This instantly increased the demand for spots in the Avengers 5K, which is Captain America themed this year. I tried to quickly register at that point, but according to the official website the 5K was completely sold out. I thought I had missed my chance. But then on October 14th I was looking at the Raw Threads running apparel website and discovered that against all odds they still had Avengers 5K registrations available through their club (which I’m a member of). So I signed up, and just like that I was committed to running all of the Avengers Half Marathon Weekend races. Fast forward to this morning when I woke up at 3 AM to get to Disneyland for the Captain America 5K. It was a great race, and I finished at a faster pace than I expected. Surprisingly, my GPS watch said that the course wasn’t quite 3.1 miles, but that’s OK. Even after only 3.05 miles and just under 33 minutes (32:59, to be exact) I still had a lot of fun. I love running at Disneyland. And it’s a good thing too because I have 19.3 miles of running in Anaheim over the weekend, starting with the Doctor Strange 10K tomorrow morning. Bring it on!