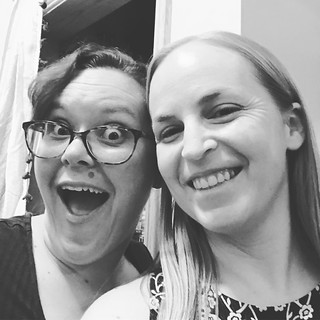 Thanksgiving was two days ago and I’m just now sitting down to write about it. Holidays are always busier than I imagine. But today I’m resting in preparation for a 20 mile run (or attempt, at least) tomorrow morning so I finally have time to finish this recap while I’m sitting on the couch watching Star Wars movies.

On Thursday I woke up at 4 AM so that I could get ready for the Oceanside Turkey Trot. Of course I picked one an hour away so I had a bit of a drive to get drive down there, but luckily the traffic was nonexistent that early in the morning. I was even able to use cruise control. I took advantage of that time to listen to my “Hamilton” soundtrack because I want to be adequately prepared for the show at the Pantages next month. The Oceanside 10K started at 6:55 AM. This was the race I ran with a friend two years ago in order to earn a new personal record. It was tough, but she helped me reach that goal. This year I had an idea in the back of my mind that I wanted to try for a new PR, and without too much effort I was actually doing well for a majority of the race. But then my mile 5 was a full minute slower than it needed to be due to a couple of hills and running on the uneven planks of the Oceanside Pier. That pretty much ruined my PR attempt because I didn’t have enough buffer to make up for the slow down. In the end I finished faster than I did in 2015 (1:08:05), but about 1 minute slower than my current 10K PR from the Avengers 10K last year. It was a valiant effort, but I just couldn’t keep up the right pace for the full 6.2 miles. After getting good and tired during the 10K, it was time to walk back to the start line and run the 5K! It was basically my cool-down and I ran much slower than usual to recover. After that race was over I picked up my shirt, walked back to my car, and started driving home. Much to my surprise the traffic going north wasn’t bad at 9 AM, and I had enough time to finish the “Hamilton” soundtrack.

The second half of my day was dedicated to Thanksgiving dinner. Before I left for Oceanside I put a block of cream cheese out on the counter to warm up so that it would be at room temperature a few hours later. The plan worked perfectly and I was able to mix up my pumpkin dip appetizer shortly after I got home. (It’s basically cream cheese frosting with some added pumpkin and spices. Not exactly healthy, but it’s definitely seasonal and everyone loves it. Even the kids. My goddaughter ate a whole bunch of ginger snaps with pumpkin dip before we even sat down to dinner.) I watched some of the Mystery Science Theater annual Turkey Day Marathon online while making my final Thanksgiving preparations (i.e., slicing apples and pears for the pumpkin dip and throwing everything in a bag for transport.) It was a scorching hot day for late November (95 deg at Natalie’s house) so I decided to wear a dress to dinner. Pretty fancy for a work holiday! I had another long drive to get to Pasadena, but I must have made offerings to the right gods that day because I had very little trouble with traffic once again. Folks driving south on the 605 weren’t as lucky, though. Poor souls. Thanksgiving dinner with Natalie and her family was amazing. I ate a whole plate full of the traditional dishes (turkey, cranberry sauce, stuffing, potatoes, etc.) as well as a lot of delicious extras. Baked brie with cranberries, roasted Brussels sprouts, and even some bread pudding for dinner. I was completely stuffed afterwards. It was a great time, even with the ensuing food coma. Eventually I had to drive home (my fourth and final extended journey of the day) and go to sleep after such a long and eventful day. Thanksgiving 2017 was quite the success. Now it’s time for the Christmas season to officially begin!